Port of Spain, 23rd September 2022: On Republic Day, from 3:30 PM, TTT Limited will be airing two short films that have been developed and funded via FilmTT’s Script to Screen Programme: ‘I Dream of Calypso’ and ‘Skyglow’. There will also be a teaser for the third short that will be released soon from the programme, ‘Jacques Pot’.

On the 29th of August 2022, Solange Plaza of JIS Productions Ltd held the world premiere of her short film, ‘I Dream of Calypso’ at a Red-Carpet Gala at Central Bank Auditorium. This short tells the story of a shy young girl who dreams of singing calypso but must first gain the approval of her religious parents in order to do so. It was written by Solange Plaza, directed by Joash Alexander and produced by Victoria Gour-Votor. The film stars Cayla Allen, Michelle Sylvester and Sean Daniel. The film was also screened at the 2022 CaribbeanTales International Film Festival (CTFF) in Canada. 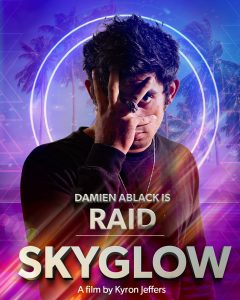 ‘Skyglow’, which held its world premiere at the 2022 CTFF, is a Sci-Fi short that tells the story of Judah. When his first love, Ellie, goes missing, Judah, a bullied youth, must confront his past and unlock new power to find her before it’s too late. The film was written and directed by Kyron Jeffers and produced by Leanda Taitt

‘Jacques Pot’ has recently wrapped up filming and is now in post-production. It tells the story of a curious and atypical girl who enlists the help of his larger-than-life little brother to craft the perfect plan to steal meat from their father’s freshly done pot of Caribbean Stewed Chicken. The mission; do not get caught meat-handed. The story was written by Aaron Caruth and the screenplay by Steven Taylor. The short film was also directed by Steven Taylor and produced by Steven M Taylor Film Ltd.

“FilmTT is thrilled to see the vision of the Script to Screen Programme coming to life. We are proud to be part of the process to ensure that local content continues to be created, produced and distributed. We also would like to thank our partner TTT for working alongside us every step of the way and also for providing one of the platforms for the shorts to be consumed. What better way to celebrate Trinidad and Tobago’s Republic Day than to tune in to TTT and view these amazing short films that were written, produced and directed by our very own talent.” Leslie Ann Wills-Caton, General Manager, FilmTT.

The Script to Screen Programme was a FilmTT initiative that was brought to life with the support from partnering organizations Stage 32, exporTT and TTT. The Programme intended to position stakeholders at a greater advantage through access to business opportunities and professional growth. Local and international industry professionals facilitated the sessions which included practical components and funding incentives.

For more information on the Business of Film: Script to Screen Programme, visit www.filmtt.co.tt/scriptworkshops.