Port of Spain, 4th March 2021: The Trinidad and Tobago Music Company Limited (MusicTT) is excited to announce its partnership with Therapy to bring Caribbean music to South by South West Conference and Festivals’ (SXSW) ‘The Island Stage’. This is the first time that SXSW will be hosting a virtual event in light of the COVID-19 pandemic and ‘The Island Stage’ is dedicated to bringing music of the Caribbean to the forefront of the international music scene. The show, which will be captured in Jamaica, and streamed by SXSW between 16th – 20th March 2021.

The annual SXSW champions the vitality, innovation and opportunity that drives entertainment and media. It is an opportunity for international music executives, producers and managers, to network, learn, grow and combine cross-country efforts toward a more developed, well connected global music industry.

‘The Island Stage’ boasts an A-List line-up pioneered by emerging local artiste Kalpee and his management team FVP Global, with a joint aim to create a platform for artists to come together and represent music of the Caribbean. Kalpee, who will be hosting the stage, will also be performing alongside genre-bending Jamaican artist Tessellated known for his “Pine & Ginger” smash hit with over 30 million streams, Mortimer, Sevana, Khalia and others.

Kalpee adds: “I am so very appreciative of all the experiences I have been blessed with in being able to travel internationally as part of my musical career. I came to understand that what is lacking in the West Indies is structure and resources into the creative arts, for us to compete with the rest of the world. This is how ‘The Island Stage’ came to be, as I realised that by coming together to represent Caribbean music with my peers, we can showcase our heritage, musical genres and individuality.”

SXSW Music Festival Programming Manager, Brian Hobbs elaborates: “SXSW is very excited to stream the first annual ‘Island Stage’ during the first ever SXSW Online festival. We recognize the importance of giving Caribbean music and artists an international platform to showcase their musical heritage.  We look forward to many more Island Stages to come in the future in Austin, Tx.” 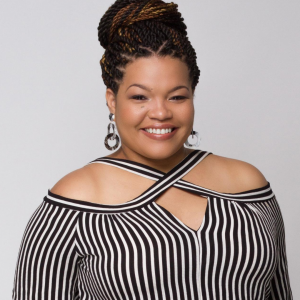 General Manager at Music TT, Melissa Jimenez states: “MusicTT is super excited to have partnered with Kalpee and Therapy to help deliver ‘The Island Stage’. Thank you to SXSW for including the Caribbean with such prominence and for recognizing the wealth of talent – giving us a voice with global reach. I look forward to the doors that will be opened through this partnership and the wave of infinite possibilities created for both rising and established artistes in T&T and the wider Caribbean. ”

By working together with Therapy and utilizing such platforms like SXSW, MusicTT can help bridge the gap between the international music industry and the Caribbean Diaspora and, in doing so, be strategically aligned. This is needed in order to form a united front to pushing Trinbagonian artists on global, internationally recognized stages.